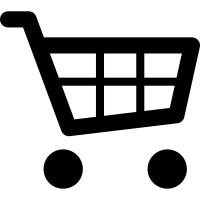 Someone in Oxford , United Kingdom purchased a

Our company has been in the market of high-quality Medieval, Larp, Viking and Renaissance clothing and costumes for nearly 18 years in İstanbul /Turkey.We are a direct producer and ONLINE seller. We use only 100% Pure Cotton CANVAS and POPLIN FABRIC.

WE TAKE PRIDE IN NEVER USING POLYESTER FABRICS IN THE PRODUCTION OF OUR COSTUMES. ALL OF OUR FABRICS ARE WOWEN and WEAVED IN TURKEY.

In May 2017, I and my sister took on the command of the ship and have started to produce our own branded costumes. We’ve been creating historically accurate clothing for Medieval reenactment passionists, costume departments of period films, LARP enthusiasts, and cosplayers but only now we are using our own brand. We decided to do that to bring the costumes to you without any middlemen so that you can buy the same product from the producer for less.

For us, the human health is more important than money. Money is earned easily as long as we give importance to customer health. We also never compromise on our product quality. We always keep our production quality high to keep the customers’ satisfaction high. Because we can only exist as long as our customers are with us.

We hope you will be happy with our costumes, quality, and competitive prices.

WHY YOU SHOULD BUY FROM www.bycalvina.us

There are many reasons  for you to buy directly from us.

Delivery time to USA , EUROPE and CANADA  is 2-3 business days.

IMPORTANT NOTE:  If you would like to resell our costumes, make a wholesale business arrangement in your country or if you would like us to produce any costume designs for fairs, groups, theaters, festivals or any events  then contact us directly  at info@bycalvina.us or bycalvinamail.com

If you are looking for any medieval clothing to complete your outfit produced with medieval inspired cotton fabrics then you are in the right place.

Boasting incredible comfort, with long lasting fabrics, as well as an extensive range of sizes and colors, you’re sure to find the ideal Medieval Larp Pirate Viking and Renaissance CLOTHING for any character.

The Middle Ages is divided into three major epochs:

After all, children enjoy dressing up in Viking clothing just as much as adults, allowing them to discover the rich culture and traditions associated with Medieval times.

Providing optimum quality, comfort and of course, a healthy dose of authenticity, this collection of Capes and Dresses, tunics, trousers, over and under garments is ideal for complementing and enhancing an extensive range of Viking costumes. So, whether you’re a Viking warrior preparing for battle or a market trader looking for any Viking clothing that will keep you warm and comfortable during long day’s trading, you’re definitely in the right place! Featuring key elements of traditional Medieval and Viking design, this historically inspired collection boasts several Viking clothing that are suitable for both men and women. So, you’re sure to find a piece that will meet your requirements.

We also have a huge selection of Renaissance costumes and medieval knight costumes. Do you want to go even further back in time? Try our Medieval, Middle ages clothing and Viking costumes. What could be more fun than to wear one of our  Medieval Larp Pirate Viking Renaissance and Middle ages costume for a night  that will take you back in time.

Whether you're searching for an adult Medieval Larp Pirate Viking Renaissance Middle ages  and Halloween costume or attending a Renaissance Faire, ByCalvina costumes has just the right costume on online shop for you.

Attend a Halloween party in medieval style. Will you be a peasant or a King? Then, browse our selection of child and adult Medieval Larp Pirate Viking Renaissance and Middle ages costumes and clothing for more.

ByCalvina costumes have everything you need to celebrate Medieval Larp Pirate Viking Renaissance Middle ages or Halloween parties properly no matter what the date is.

CHECK  OUR PRODUCTS  LINKS  ON www.bycalvina.us  to amazon.com & etsy.com SHOPS